Get to know the people we love to work with
MOVES LIKE….. LUKA LESSON 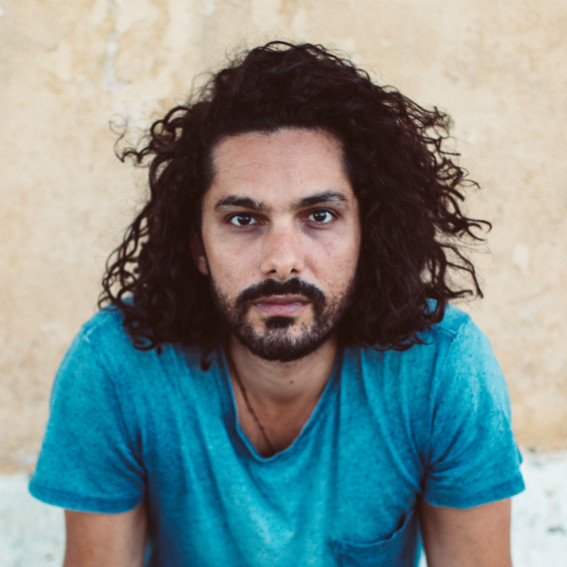 We’ve had an art crush on Luka Lesson for a while now so we’re pretty happy he is our newest Everybody NOW! collaborator as a lead poet and facilitator for this year’s Gran Slam, a project presented by Everybody NOW! and Feros Care.

Luka is an Australian poet of Greek Heritage, whose work engages with the mythology of his Greek homeland, the fiercely political and the vulnerably self-reflective. As an Australian Poetry Slam Champion, Luke has performed with the Queensland Symphony Orchestra and has poems being studied in curriculum’s and education programs across Australia.

Take five with Luka and find out his moves.​

1. We love that you work across, what may be viewed, as the traditions or boundaries of poetry, slam, rap and performance.You have collaborated with a variety of artists. How did you start exploring your collaborations in the theatre or with orchestra’s and film for example?

I guess I was always collaborating. The first time I performed in public was busking with a friend in the Valley on weekends in Brisbane. He’d bring a speaker and his guitar and I’d bring a microphone and we’d just jam and freestyle for a few dollars. I’m a people person, I love to bounce ideas off someone I trust and who’s art I respect. The whole orchestra thing started in Beijing actually. Myself and James Humberstone, a composer from Sydney Conservatorium were both appearing at an education based conference in China. We met there and clicked straight away and he invited me to collaborate with him. We’ve been making a lot of work since then behind the scenes, long before I was asked by the Queensland Symphony Orchestra to work with another composer, Gordon Hamilton. I guess I kind of fell into it and it has pushed my skill set exponentially to work with that level of musicianship.

I read in an article, your expression “edutainment’ – of prompting people to think about matters and concerns – and inspiring others.” Why do you think the form of Slam or Spoken Word is so powerful to do just that?

​Yeah, edutainment comes from KRS One’s album of the same name. It has always been a driving force behind my work. I think slam or spoken word does that mainly because it is so raw. It’s cheap. It’s easily accessible. It’s ancient: we’ve been telling stories forever. And in general, because of these things it seems to be more democratic or ‘of the people’ than some other forms of art. It’s in the streets with us, in the gutters and jails and clubs and bars. Not always, but most of the time. And that means the people who experience varying forms of oppression can access this form of expression in order to impact, push and sometimes break the back of those systems of oppression via language, narrative and passion.

Why are you interested in being involved with a project that is about amplifying older voices?

I think our current societies contain within them a ‘used by date’ for human beings. Old people are ignored, silenced, suppressed, controlled and seen as useless as soon as they stop being financially ‘productive’ within a capitalist system. It’s ugly, and it diminishes all of us.

When the wisdom of our old people is no longer a part of our collective consciousness/narrative, we are all less than we could be, and more likely to make the same mistakes generation after generation.

Your connection to family and community is clearly evident in your writing. (another reason we are so delighted that you have said yes to being involved in this project!) Can you tell us about why you wrote Yiayia and the response you receive from that piece?

I guess I wrote that piece because I was answering a challenge from another poet to write a ‘funny’ poem.

Although I’m funny in life, I’m not often funny in my writing, and since my Yiayia is the funniest person I know, it made sense to do that with a poem about her. It was her birthday the day that I wrote it, and I performed it that evening – so that was also a factor. It’s the craziest thing really – that poem has possibly had the biggest impact of all of my poems, and yet it took me only 30 minutes to write and I never thought it would travel this far. From Greece, to Hong Kong, to South Africa – everybody tells me they have a Grandmother ‘just like’ my Yiayia when they hear it.

The Purpose of our organisation is To Move Communities – that movement can manifest in all its guises; physically, socially, emotionally, culturally. To be moved and to move together. What moves you?

Support his work by following his socials below