Get to know the people we love to work with
MOVES LIKE….. SARAH TEMPORAL 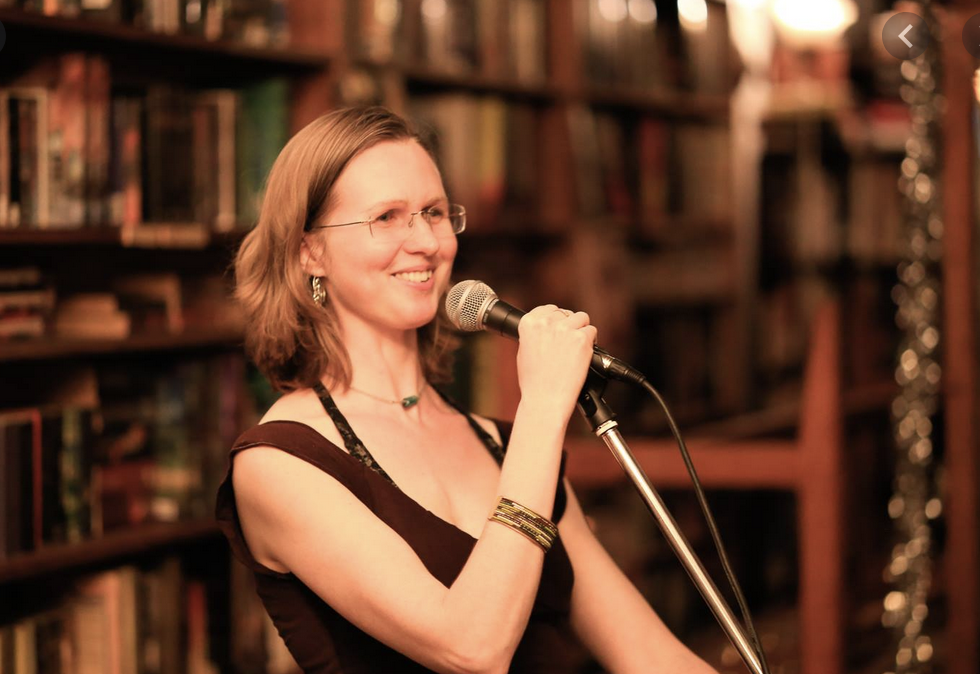 With a swag of accolades to her name, our Gran Slam NSW workshop participants are in for a treat under the guidance of Sarah Temporal.

Sarah is a prize-winning poet and educator from the Northern Rivers NSW. Her work combines the immediacy of slam poetry with finely-honed craft and sensitivity. Not only has Sarah performed poetry Australia-wide, she has delivered workshops and poetry slams at schools, festivals and online.

We had a chat with one of our newest Everybody NOW collaborators to get to know Sarah a little more and let’s just say we think it’s a match made in creative heaven if we don’t say so ourselves. Sarah pretty much encapsulated why we love slam poetry in the opening question of this interview and as for what moves her…. gosh it’s like she’s reading our minds. Enjoy the conversation below.

Take five with Sarah and find out her moves.​

1. You’ve been involved in writing and performance for over 15 years. What brought you to poetry in the first place and was there a memorable moment through that period in which you specifically found/ started to explore slam poetry?

I first discovered spoken-word and slam poetry when I was 19. I wandered into a quirky little pub in Glebe where the legendary open mic night ‘Bardflys’ was underway. People would cheer, yell out, heckle the poet. I walked in a shy, self-contained stranger; read a poem and suddenly felt like everyone in the room knew me. I was blown away by that instant exchange, it was so different to the perception of poetry I previously had. It’s like it suddenly all made sense – poetry was there to bring us together, to connect across differences. I’ve been creating spoken-word poetry ever since.

2. You often use fables or fairytale structures as inspiration for your work. It made me think of the connection to the past that Slam has with oral story telling traditions, the old and the new coming together. Why are tales and fables of interest to you and do you think of Slam as a coming together of past and present?​

Slam is very much a resurrection of ancient oral tradition; not just as spoken poetry but in the way communities gather around it. Fairytales like those collected by the brothers Grimm in the 19th century hold a mysterious power for me. Before they were written down they were infinitely adaptable; anyone could access them, even the illiterate classes; they couldn’t be censored or controlled. So fairytales often empowered the powerless, particularly women, and I think that spoken word continues that tradition today. ​​

3. Why are you interested in being involved with a project that is about amplifying older voices?
I’m just really excited to hear the stories that emerge. A large proportion of attendees at my community event, Poets Out Loud, are over 65, and they have some of the most funny, irreverent, moving and adventurous writing of anyone there. Supporting older voices to take up space in the public sphere is important for all of us.​

4. You’ve recently been a part of an amazing COVID initiative by Word Travels called Creatives for Carers where poets have written pieces of thanks for everyone working to keep communities safe through this global pandemic. Can you tell us about your piece and why you think the arts is so important in times like these of global uncertainty?
I think a lot of artists, including myself, struggled through Covid under the self-imposed pressure to articulate or capture the significance of the great change that was unfolding. After all, that’s what artists do. A lot of what I created during that time was unplanned. When I was invited to enter the Creatives for Carers slam, I thought, ‘there’s probably a fairytale here somewhere.’ I wrote about an anonymous cleaner, who’s like an invisible sprite protecting us from harm in our workplaces and shops. Interestingly, many poets that night returned to the image of being held by the hands of strangers. I think the pandemic has made us aware of our interdependence.   ​

5. The Purpose of our organisation is To Move Communities – that movement can manifest in all its guises; physically, socially, emotionally, culturally. To be moved and to move together. What moves you?​

I’m moved by seeing someone find their voice for the first time. By letting strangers into my life over and over through art. By how many stories are waiting just behind ‘I don’t have anything to write’, and how one way or another, they get out.

Sarah was a part of our 2020 Gran Slam Program.

Support her work by following her socials below