Led by Co-Artistic Directors Ian Pidd, Kate (McDonald) Baggerson and Bec Reid, Everybody NOW! is dedicated to the creation of high-quality, community-engaged arts projects that are made with and for community, alongside outstanding professional artists.

The company have become known for their inclusive, large-scale social dance works featuring hundreds of community dancers and stories of place told through the sparkly lens of dance.

Their body of work also extends across art-forms, from slam poetry exclusively for over Seventies, radio stations for Grandkids and Grandparents, roller derby musicals in the making, to the occasion hosting of a banging party.

They have worked in small towns and on big festival stages from basketball courts to town halls, in schools, aged care facilities, in people’s homes around their kitchen table and with thousands, literally thousands of people dancing in the streets.

The company have a suite of touring works, are regularly invited to create new works and commissions with festivals, arts presenters, local governments and with not for profits, in communities across Australia.

Our vision for more people on the planet to feel connected, empowered and valued in their communities through active participation in the arts; telling stories that make us who we are and who we can become – past, present and future.’

Our purpose and vision is actioned by generating movement in people’s lives; socially, emotionally, physically and culturally. We create inclusive, democratic and creative spaces for communities to come together – celebrating the everyday; real people, real stories, everybody now!

We are dedicated to creating accessible, playful and celebratory performances that move communities.
We believe that we all share creative agency, and we all have a role to play in shaping our communities. Together we can shift perceptions and co-create the civic narrative.

We are committed to making great art full of integrity and relational wonder. 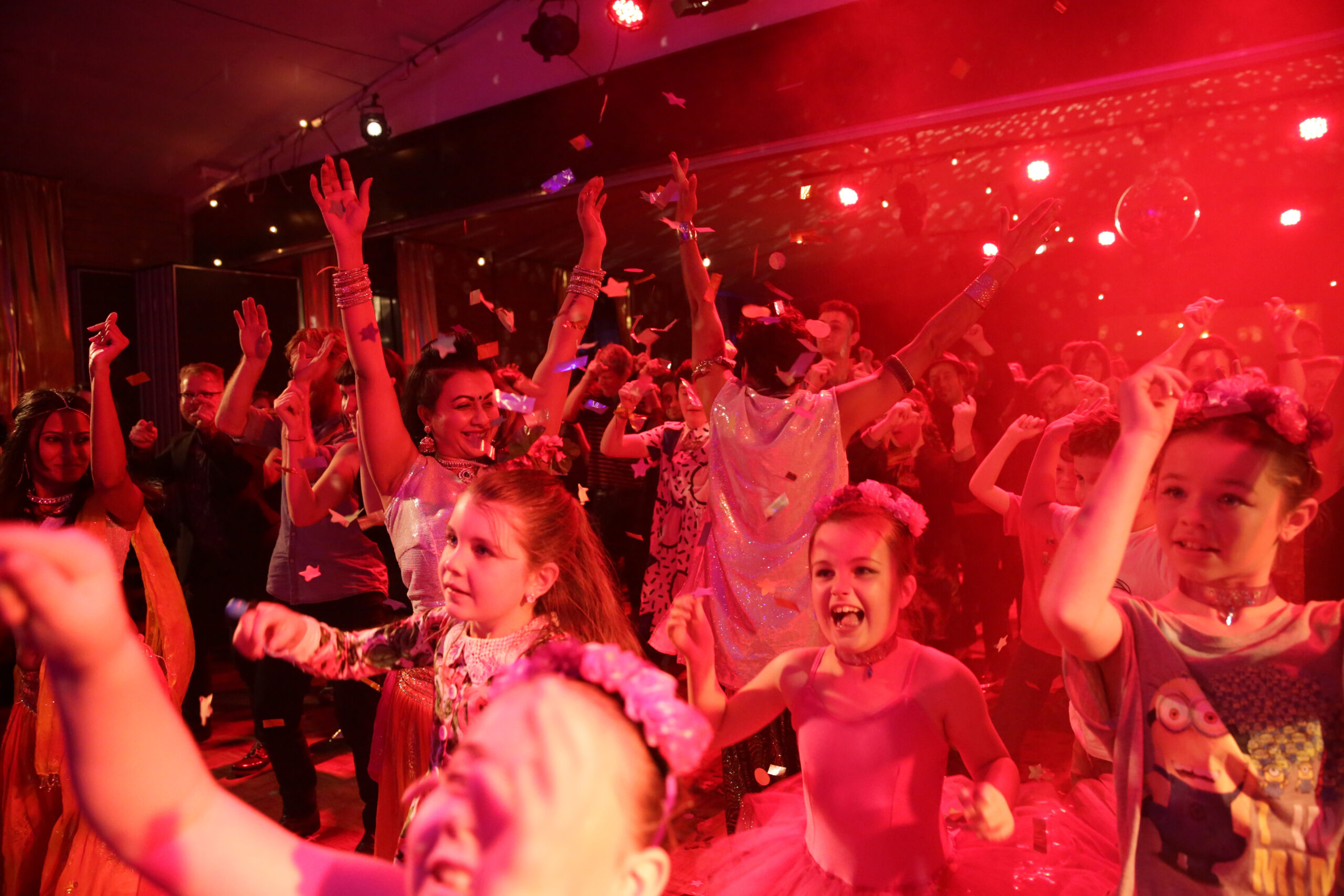 Everybody NOW! was founded in 2015 when Co-Artistic Directors Ian Pidd, Kate (McDonald) Baggerson and Bec Reid, came together to create their first dance and theatre work, The Inaugural Annual Dance Affair, commissioned by Bleach Festival on the Gold Coast, Queensland.

Together the collective hold decades of experience working in the arts with diverse and vibrant careers that span across art-forms; from producing large-scale festivals, directing some of Australia’s most loved arts companies and performances, leading thousands (literally thousands) of people in mass dance participation and creating theatre in amphitheatres, on street corners, in quarries and even on water.

With generous support from the City of Gold Coast, Everybody NOW! has been able to grow as a company with its headquarters on the beautiful Yugambeh Country of the Gold Coast. ‘The Goldie’ is the place where the company comes together to develop new works, dream up new big ideas and then share those projects across the country.

The company has attracted commissions from a number of Australia’s major festivals and events including Brisbane Festival, Darwin Festival, Festival 2018 for the International Commonwealth Games Arts and Culture Program, and Bleach* Festival.

In 2021 the company is proud to be a HOME Company at HOTA Home of the Arts on the Gold Coast Queensland where they will present new works annually.

Through their suite of popular touring works, festival favourites and their ability to create meaningful experiences with heart and connection, Everybody NOW! has established itself as a leader in contemporary community engagement and performance. They have been awarded a dynamic, national reputation for their inclusive and joyful brand of participation and access to the arts.

Since formation they have reached over 40,000 people in 70 communities across five states of Australia between the ages of 3-99 years young.